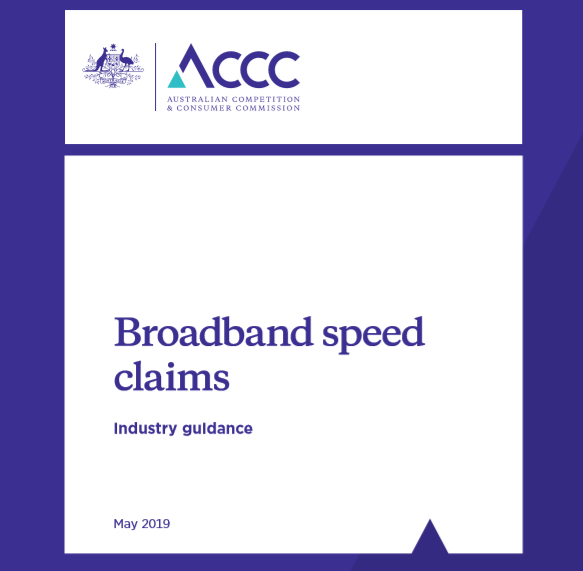 While network operators are responsible for their part of the underlying network, Retail Service Providers (RSPs) are ultimately accountable for the service delivered to consumers ? who understandably expect to receive the broadband speed they?ve paid for, free of dropouts and buffering.

Unlike in the United Kingdom, where Ofcom regulates broadband speed and performance, our industry is self-regulated. Australians therefore rely on Consumer Law protections and Broadband Speed Claims Industry Guidance issued by the Australian Competition and Consumer Commission (ACCC).

In 2017, the ACCC acted against major RSPs for failing to deliver advertised services to their customers, and thousands of Australian residential and small business customers received compensation for slow broadband speeds.

Many RSPs have since prioritised consumer satisfaction. But despite best efforts, the Telecommunications Industry Ombudsman (TIO) noted an increase in complaints about internet services in the second half of 2018; with 6,387 intermittent service and dropout related complaints having been received.? ?

Back in 2016, RSPs spoke out against a proposal by the ACCC to impose mandatory reporting of accurate broadband speed information to consumers. In discussion paper submissions that opposed the proposal, they argued that many of the factors affecting speed fluctuations are out of their control (ZDNet).

The reality is that accurate broadband speed reporting can be achieved by measuring end user experience rather than on-network performance.

RSPs need to measure more than on-network capabilities to gain a true insight into the user experience. They need technical capacity and scientific methodology to identify the factors affecting broadband speeds.

Independent testing provides RSPs with data that is free from bias, thereby mitigating regulatory risk, and gives validity to measurement as investments both in access and backhaul networks continue to grow.

Objective results benefit stakeholders across the entire ecosystem, offering confidence in internal results and measurements that are not modified to suit various players.

Unbiased end user testing can also provide insights into quality of customer experience using popular applications such as Netflix and YouTube through our test suite.

Contact us to find out how Honesty Box can accurately test performance and identify problems, whether they be network, equipment or capacity related ? so RSPs can solve issues before complaints come in.