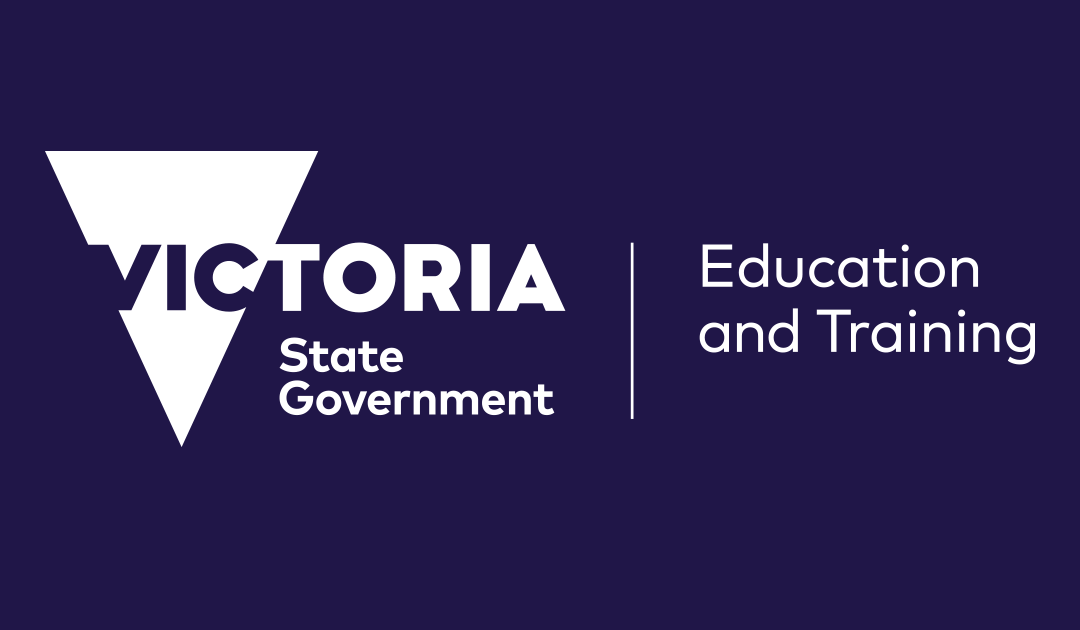 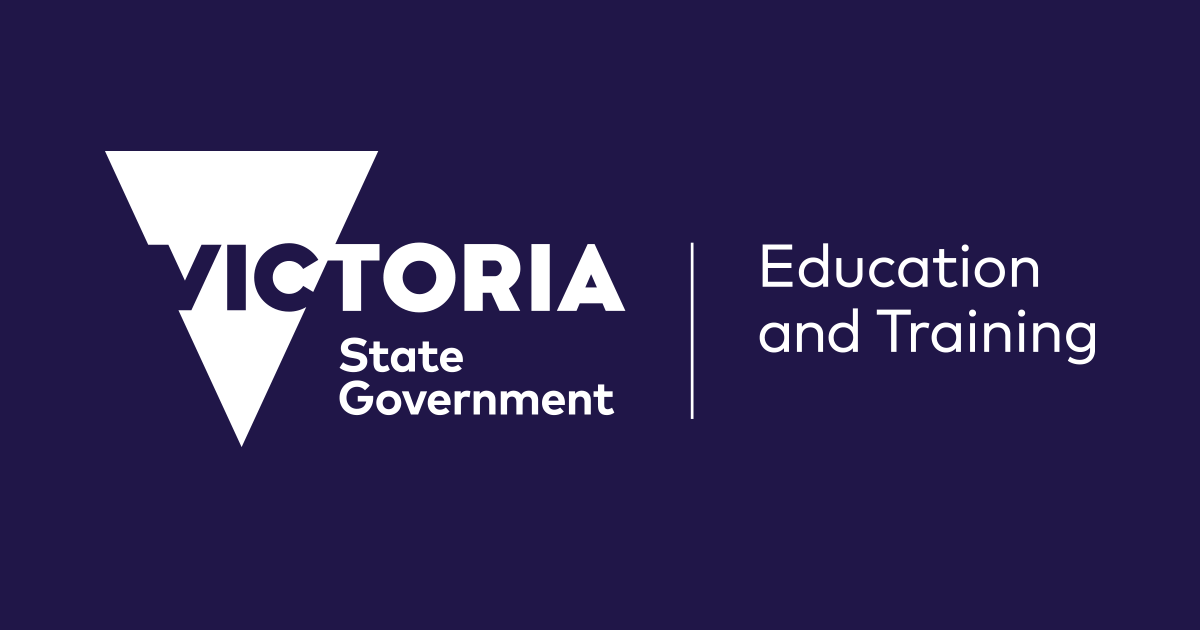 Honesty Box was commissioned to discover why the school?s internet performance was worse than “a mobile phone” during the day. In a complex ecosystem, it is unlikely that a single issue is causing poor network performance.

Complaints from teaching staff, administration, students and parents to the School Principal and up to the Department of Education
?The School internet performs worse than a mobile phone during the day?

Their ecosystem for internet delivery is complex with many stakeholders. 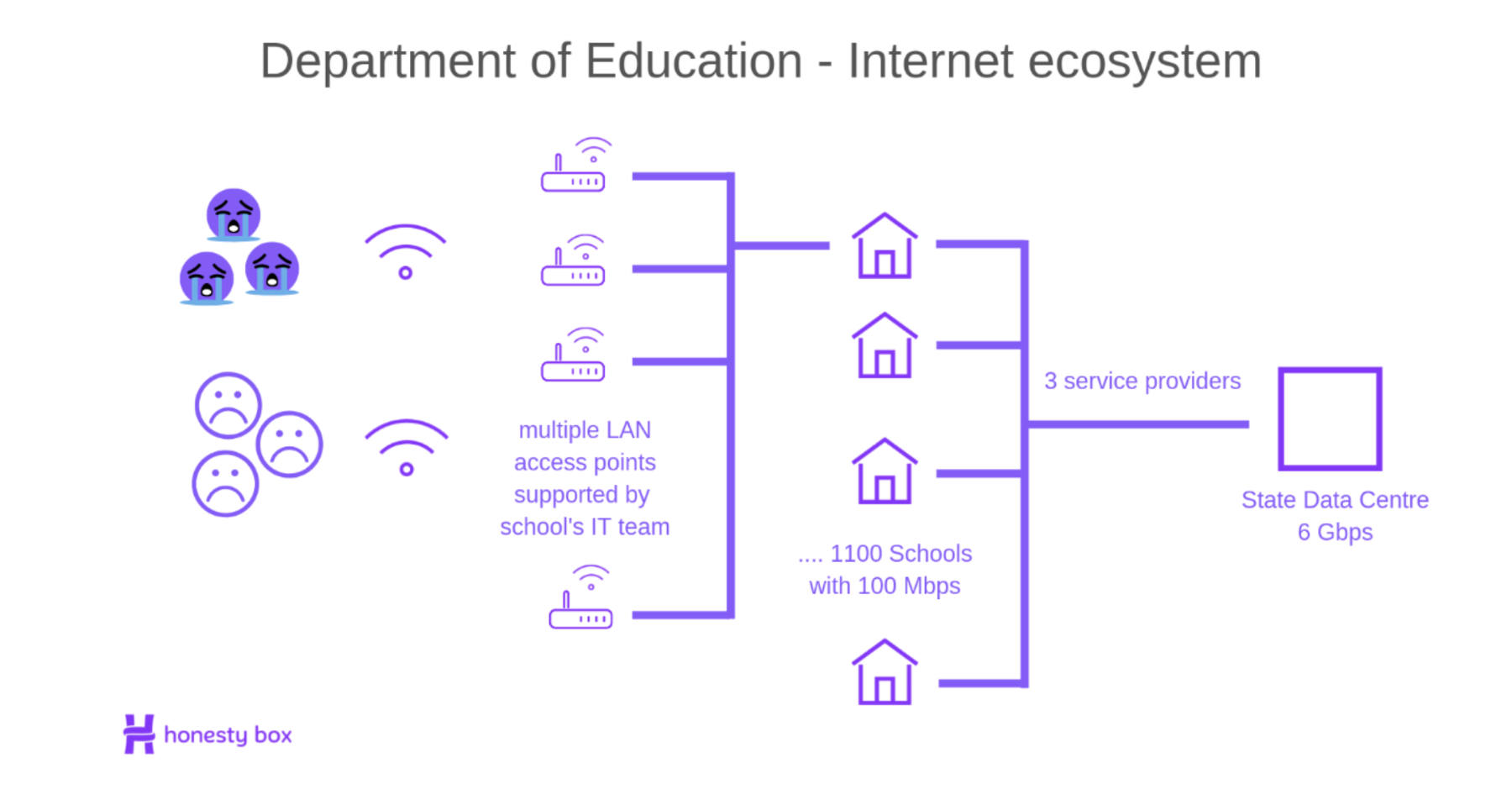 The school had a 100Mbps internet service provisioned, with the connectivity infrastructure provided by a telecommunications carrier, the aggregated data provided by an Internet Service Provider (6Gbps) through a tier 1 centralised data centre in the State which also hosts a network proxy server farm and content filtering system. There were three technology providers along with the Department funding the service provision to the school. Local IT staff in the school are then responsible for the Local Area Network distributing the connectivity throughout the school both fixed and wirelessly.

Each stakeholder was responsible for only a component of delivery, so in the event of an issue they are primarily invested in ensuring their part of the chain works in isolation. Most stakeholders also have little visibility of the performance of the other links in the chain, so it was convenient to suggest that the fault/blame lies elsewhere ? meaning not action was being taken to remedy the issue.

This environment made problem solving challenging: so an end to end independent set of factual measurement data was needed to identify where the real problems lie.

Phase 1: Measure performance at the gateway.

An Honesty Box device was deployed at the gateway and set to measure the performance over time and analyse usage.

In non-busy periods, performance is in line with a 100Mbps service

Performance drops after 9am to almost unusable levels, and stays that way until the end of the day

A single video content streaming site was responsible for a very high level of the usage.

Teachers had been instructing 20-30 students to access the same content stream on their tablets at the same time, causing significant contention of the internet connection

We advised that the school should stream content once to the interactive whiteboard, rather than multiple times to each pupil?s tablet.
We advised the school to temporarily block traffic to the video streaming site, whilst we continued to measure the gateway.

The measurements were far better, and most users reported a significantly better experience, however some teachers and students reported no effect from the change, so investigations continued

Phase 2: Measure performance of the LAN

Honesty Boxes were deployed at at logical points throughout the local network, including a device at the furthest portable classroom, which was connected by wifi back to the network backbone

The school replaced the equipment to fix the issues, and we continued to measure to ensure all points in the network were performing to the expected level.

The measurements improved in the affected areas, however some teachers still reported certain websites were performing poorly, so we continued investigating

Phase 3: Measure performance of the websites

We identified one particular mathematics website that was so slow it was almost unusable, and merited further investigation

We subsequently uncovered that this site was hosted on a server located in a remote area of Europe with a very poor <1Mbps link to the internet.

The site operator was notified, and improvements were requested

All core issues causing the underlying problem had been identified, and where possible, end user experience improved significantly.

The end solution to the problem of perceived poor performance can be broken down into 4 parts.

A single user on a mobile phone internet is going to enjoy access to far more bandwidth than 1200 students and staff all connected to a single 100Mbps service ? so it?s not a valid comparison. Customer expectations need to be set realistically.

Once we had a clear picture of usage habits, and some of the key drivers of congestion, we could modify usage habits to make the most of the available service.

For example, asking a teacher to stream content once to an interactive whiteboard instead of asking the class to all access the same content stream on their tablet is going to significantly reduce contention issues.

The local hardware used to the deliver the last step in the process was a key driver in sub-optimal performance for some students as It was not fit for purpose.

Whilst the school was provisioned at 100Mbps, the upstream aggregation limit of 6Gbps over 1100 schools means that it?s highly unlikely that 100Mbps will be delivered in times of peak demand. Adequate network planning, dimensioning and provisioning is critical. This required a longer term discussion between the department and the schools.

In a complex ecosystem, it’s rare that there is a single issue that’s causing poor network performance. Independent measurement is critical in navigating the vested interests of the stakeholders and working out how to solve the problems for the end users.

The different sets of measurement data from the Honesty Boxes allowed us to pin-point where each issue lay, quantify the impact on end user performance, and recommend the right solutions.